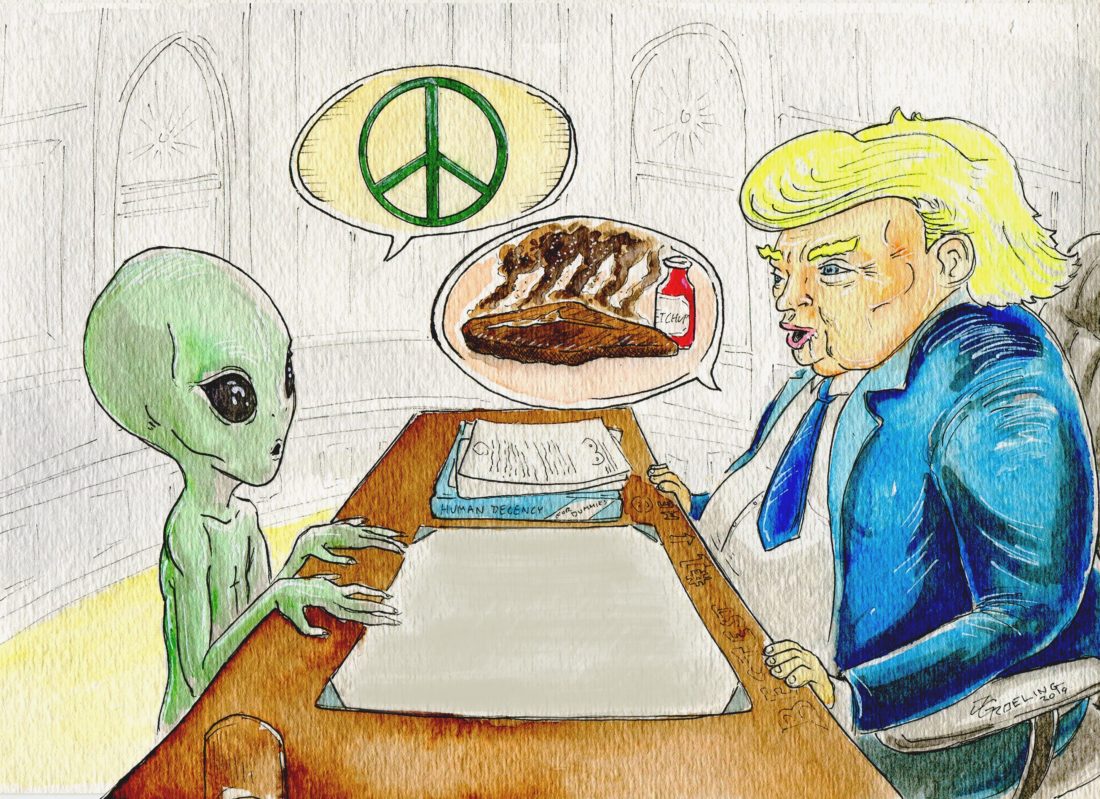 (As The President Exits, Last Moments In The White House)  :

“I have come here because as a super power,  you really do not believe in wars and work on peaceful negotiations.

On the one the hand,for instance, New York City, NYU. It was transformed ,  from buildings were in shambles,  to reconstruction into an upgraded thriving campus- thanks to unsung new York hero, like Larry Tisch.

Also, on the positive side, the humankind has been been remarkable for human development.

It maybe added, The Pythagorean theorem, is logical and direct  to a man’s mind that  would demonstrate reasoning.

On the other hand, it is about   your mankind.  People are fighting and killing each other.

Here, at the White House, we could expect that the men would desist for quarrel over nuclear arms. It could an escalate to miscalculation  and result in a confrontation that could potentially wipe out the entire  mankind.

” WE know, Schiller’s message to brotherhood mankind towards love and peace. Sadly,  to  the contrary, humans are racing towards nuclear confrontation”.

“ These damn Democrats, ever since my Covid, was tested positive, now they are saying  that it was by not a Corona virus for me, but it was “Pompous Ass Syndrome.”

I don’t care, no mask, no Biden whatever.

Lets see positively,  on my mind, but these days are fascinating to know different quality of beefsteak.” I have been researching how to beat up competition  and we takeover real estate  the dominant of, say “Trump Steak” all over  the world!. As the saying goes, “where’s the beef”, we can conquer and deliver!

alien:  “we can see  alll those nuclear weapons are heading towards to  annihilate that there could be no more world.

“WE can see as an takeover an entire industry by hiring through, “Trump Airlines”.

Seeing nobody and it was empty.