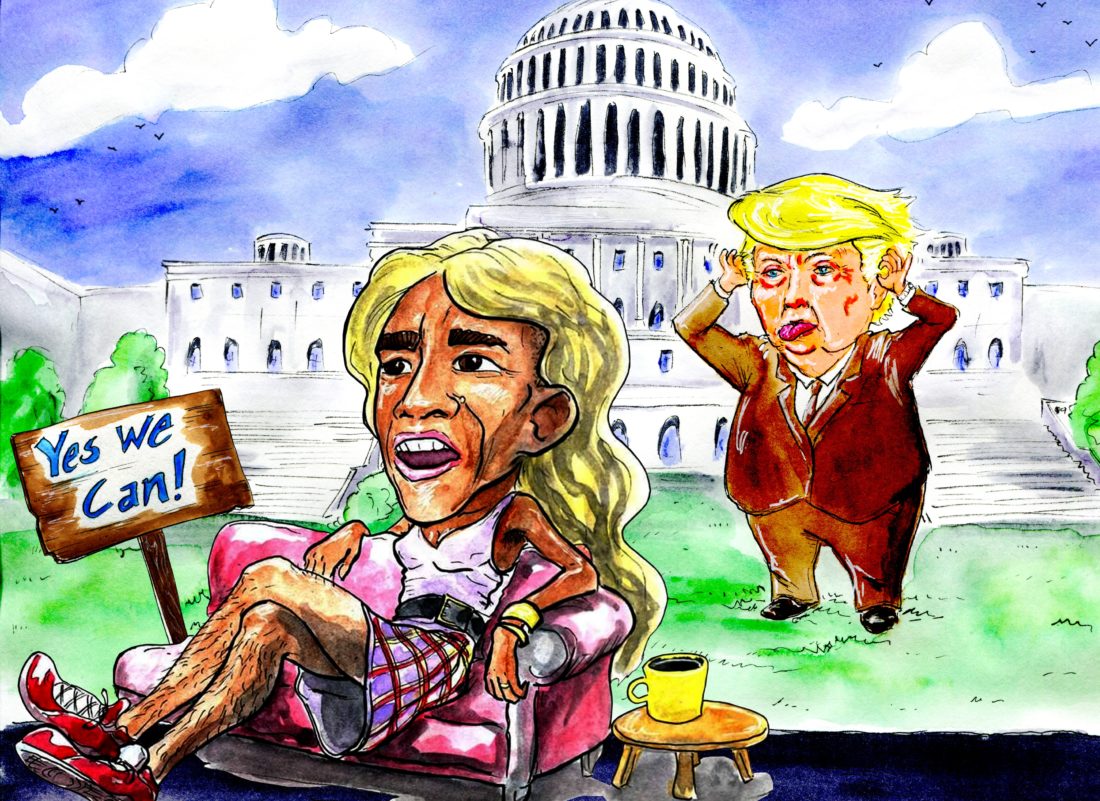 In the post covid-19  era, Obama had plans.
………..But before this.  In 2020, Recently, the Trump administration had  Gallup polls  that the presidential approval rating maintains about 47%!

It appears, the conservative republicans, there is a strong continuing leadership of approval by President Trump.

There is, however, unsettling anomalies. For instance, the White House presidential staff  assistants are virtually for non- participation of Afro-Americans.

If you look about the US history,  ever-since the Civil RightsAct,  under the Kennedy administration, the President Johnson -right through Presidents Nixon,Reagan or George Bush, the staff members of Afro-americans had some representations. Now, after the two term winner, the former President Obama,he  had no way whatsoever of the  current afro Americans are not present by President Trump under his administration.

Admittedly there is no racial upheaval and no violence.It is defined by peaceful of the Trump administration.

We all know, during winning of the elections to Obama administration, it was a stunning victory with all participated  – mostly young energetic – all colors,  most revealingly,  it was overwhelmingly whites! Not just one general elections but twice!

Lets go back To refresh in the history and review and google below.

IT was the winning team of Obama administration :

The question and the challenge is: How Trump’s Presidential White House staff is shaken off from its present set up.

As  I said twice, While  the Trump administration there  is no violence, but there are  “peaceful”  aberrant in the Potomac.

To challenge Obama, there might be a moral force towards NON-VIOLENCE. We know that there are historical  precedents over giants such as Ghandhi and Mandela.
Living in2020s,  it is speculated that Obama had plans; particularly, for sartorial grab.
Talking about political  history, we had that  in the 1930s/40s , Gandhi displayed in loin cloth all over the world symbolically.T aking cue, he concept of non violence Obama can embrace as an example.

Now,as we know,  at present, the President Trump administration of Afro -Americans are mostly all gone in the White House.

But, in New York, it is another success story nearby. It is about  the  US key hospital named Columbia Presbyterian. Remarkably, it is mostly staffed in Afro-American, Whites, Chinese, Indian, Sri Lankan, Pakistani and Jewish backgrounds. It is humming a well oiled staff with professional courtesy.

Encouraged,Taking Obama”s legacy, he could picket in Capitol building boulevard ”. Slowly, and hopefully,it can  gather a momentum. Obama has dressed in drag. Symbolically, the message is that all stereotypes or prejudices had broken down displaying in sartorial lifestyles. Curious, Washingtonian onlookers may  have an interest. Also, the Democratic presidential nominee, Joe Biden might  help during 2020/2021 general elections.  The question is, How Obama”s peaceful and nonviolence antics played out over the Capitol dome? President Donald Trump’s, supposedly, braggadocio is not over. What is your step? Over to you Mr. Trump!